Philip Johnson, who died at the age of 99 in 2005, was one of the 20th century's most successful and influential architects, working for 75 years on some of the world's foremost examples of modernist and postmodern buildings.

In New York city alone, Johnson's legacy includes the Seagram Building at 375 Park Avenue, the AT&T Building at 550 Madison Avenue, the Lipstick Building at 885 Third Avenue, and the New York State Theater (home to the New York City Ballet) at Lincoln Center. He was also responsible for the Sculpture Garden at the Museum of Modern Art, where he served as the first director of the architecture department in 1930, and to which he donated some 2,200 works from his personal art collection over the course of his lifetime.

All of the above, of course, are readily accessible by MTA subways and buses.

But perhaps Johnson's most famous creation was his modestly-sized, 56' x 32' rectangle of a home in New Canaan, Connecticut, called Glass House. He built the home on what was then a five-acre plot of heavily forested land in 1949, and where he lived for the rest of his life (though he also had apartments in NYC and a home in Big Sur, California) with his partner David Whitney.

Over the decades, Johnson added acreage to the property and continued to design and construct small-scale, almost jewel-box buildings and structures on the land. In 1986, he bequeathed it all to the National Trust for Historic Preservation. Two years after Johnson died in 2005 (inside Glass House, by the way), the sprawling site was opened to the public and it has been hosting tours ever since.

The most basic way to experience Johnson's signature work is the one-hour tour of the Glass House and the promontory it sits on. This involves a minimal amount of walking and costs $25 on Mondays and Fridays, and $30 on Saturdays. You'll see the house itself, plus the whirling swimming pool, and the spectacular view out the back windows of the pavilion in the pond below.

Donald Judd's site-specific circular concrete sculpture, Untitled, 1971, which Johnson acquired by trading one of his Frank Stella pieces with Judd, is on the way to the Glass House, so you'll see that on the one-hour tour, too.

On these days (Monday, Friday, and Saturday) you can also add an extra hour (at double the cost) to your visit and tack on a tour of Johnson's painting and sculpture galleries as well.

The best option is the three-hour "self-guided" tour available on Sundays only, which costs $75 and gives you free reign to wander through all the buildings and across the grounds at your own pace. And if you have any questions, or want to learn more about whatever you're looking at, there are educators stationed at each of the structures, all of whom are smart, amiable, and eager to provide historical tidbits about the Glass House estate as well as Johnson's life and works. It really makes for an extraordinary day.

The Buildings And Grounds

The Glass House itself is the focal point of any tour, whether self-guided or not. And you can revisit it as many times as you want during your adventure – walking the perimeter, gazing out at the incredible views, you’ll learn new things from the on-site educator each time.

While it's a museum now, not a home, almost all the furniture is exactly as it was when Johnson lived there. The house is small, just 1,815 square feet of open-plan design (a common home layout now, but a rarity in the 1940s), containing dining room, kitchen, living room, bathroom, bedroom, and study. And perhaps its greatest magic trick is how expansive it all feels, thanks to the surrounding landscape on all four sides, which is just as much a part of the home as the interior.

All of that nature proved to be such a distraction over the years that Johnson eventually built a separate Studio with only a single window looking out toward the chain-link Ghost House, but with plenty of natural light from a skylight set in the conical dome above the work table. This was his library as well, with some 1,400 volumes, only one of which isn't about art or architecture, but a work of fiction. Yes, you'll have to find it for yourself.

Johnson would trudge across the field to his Studio in all seasons--he kept the grass uncut, because he liked the way the grassy hills rippled in the wind--and though the space is air-conditioned, a fireplace provides the only warmth in the winter. Like all of his buildings here, starting with Glass House, it feels as sculptural as much as a work of architecture.

Brick House, located just across the lawn from Glass House and also completed in 1949, was Johnson's guest house. Later, after remodeling, this was his primary residence on the site. (Note: As of summer 2022, it is closed for restoration, so you will not be able to see the interior). The circular, rapidly whirling swimming pool, complete with a massive slab of a granite deck, was installed in the mid-1950s and adds a great burst of energy and color to the otherwise rather dignified promontory.

Johnson's Pavilion in the Pond is visible from the Glass House, but if you're on the self-guided tour you can hike down there and check it out up close. Which you should certainly do because although the arches prefigure his majestic Lincoln Center designs, the Pavilion is deliberately undersized, which makes it look farther away than it actually is when viewed from up on the promontory, and surprisingly cute when you're down by the water.

Also down there, and definitely not undersized, is Johnson's monument to his friend Lincoln Kirstein, who, among many other things, was a co-founder of the New York City Ballet. The 30-foot tower is designed to be climbed (guests are not allowed to do this), which looks way too harrowing but Johnson did it often, and well into his 80s.

Johnson was wealthy his entire life--born into a rich family, his first fortune as a young man came from the Alcoa stock his father had given him before heading off to Harvard--and over the decades he amassed a staggering art collection. And so in New Canaan Johnson built a pair of galleries to store and display some of this work.

The Painting Gallery is underground, built into a landscaped hill, and was modeled after a tomb Johnson saw in Mycenae, Greece. The interior design is clever, with rotating walls in the three circular rooms that can be manually turned to reveal a whole different set of paintings. This was also Johnson's space for entertaining, and long tables would be carried in for what we imagine were extravagant, raucous dinner parties. On some nights the field opposite the gallery entrance was used for performances, or "happenings," by such luminaries as the Martha Graham Dance Company.

Right nearby, just past Julian Schnabel's Ozymandias (Johnson saw this enormous piece on display in the plaza outside the Seagram Building in 1989, and immediately bought it from the artist), is the Sculpture Gallery. This features an interior inspired by the villages of the Greek islands, and multiple staircases leading to landings and bays holding works by the likes of Robert Rauschenberg, George Segal, Bruce Nauman, and John Chamberlain. Add a glass ceiling supported by steel rafters that throw a spectacular array of shadows when the sun is shining, and it's easy to see why, in 1991, Johnson called this "the single best room I ever designed."

The most recently completed building on the estate, located right near the entrance gate and finished in 1995, is called Da Monsta, which looks extremely Frank Gehry-ish but which Johnson maintains was actually a homage to his friend Frank Stella's design for a museum in Dresden. Either way, the "structured warp" of the building certainly makes an impression, and the space serves as a video viewing room and, not trivially, houses the estate's only public bathroom.

Johnson liked to say that he considered himself a historian first, a landscape artist second, and an architect by accident, and everything about the grounds at the Glass House estate is carefully planned. Those towering white pines by the entrance? Johnson planted those. The brilliant patch of wildflowers between the Glass House and the Studio? Not a fluke of nature. And the miles of ancient-looking stone walls that crisscross the land? All built by hand to Johnson's specifications to serve as one of the property's primary organizing principles.

The MTA Delivers You To Glass House

Glass House is easy to get to from Manhattan, from either Grand Central or 125th Street, via Metro-North. Just take the New Haven line to the New Canaan stop and the train station is conveniently right across the street from the Glass House Visitor Center, where a shuttle van awaits to whisk you off on a five-minute drive to the property.

Note that there is no public parking at Glass House itself, nor at the Visitor Center, and all touring guests must enter the grounds via this shuttle.

The Visitor Center functions as a ticket office, so check in when you arrive. There's also a bathroom there, and lockers in case you want to stash any excess baggage. The gift shop is more of a design store, with items like a Zaha Hadid cheese grater, a gold-plated Slinky, and a paperweight in the shape of Johnson's signature chunky eyeglasses.

The Glass House is located in New Canaan, Connecticut; the Glass House Visitors Center, where all tours begin, is at 199 Elm Street, right across the street from the MTA's New Canaan Metro-North train station. One- and two-hour timed ticketed tours are conducted every Monday, Friday and Saturday, and three-hour self-guided tours are held on Sundays. 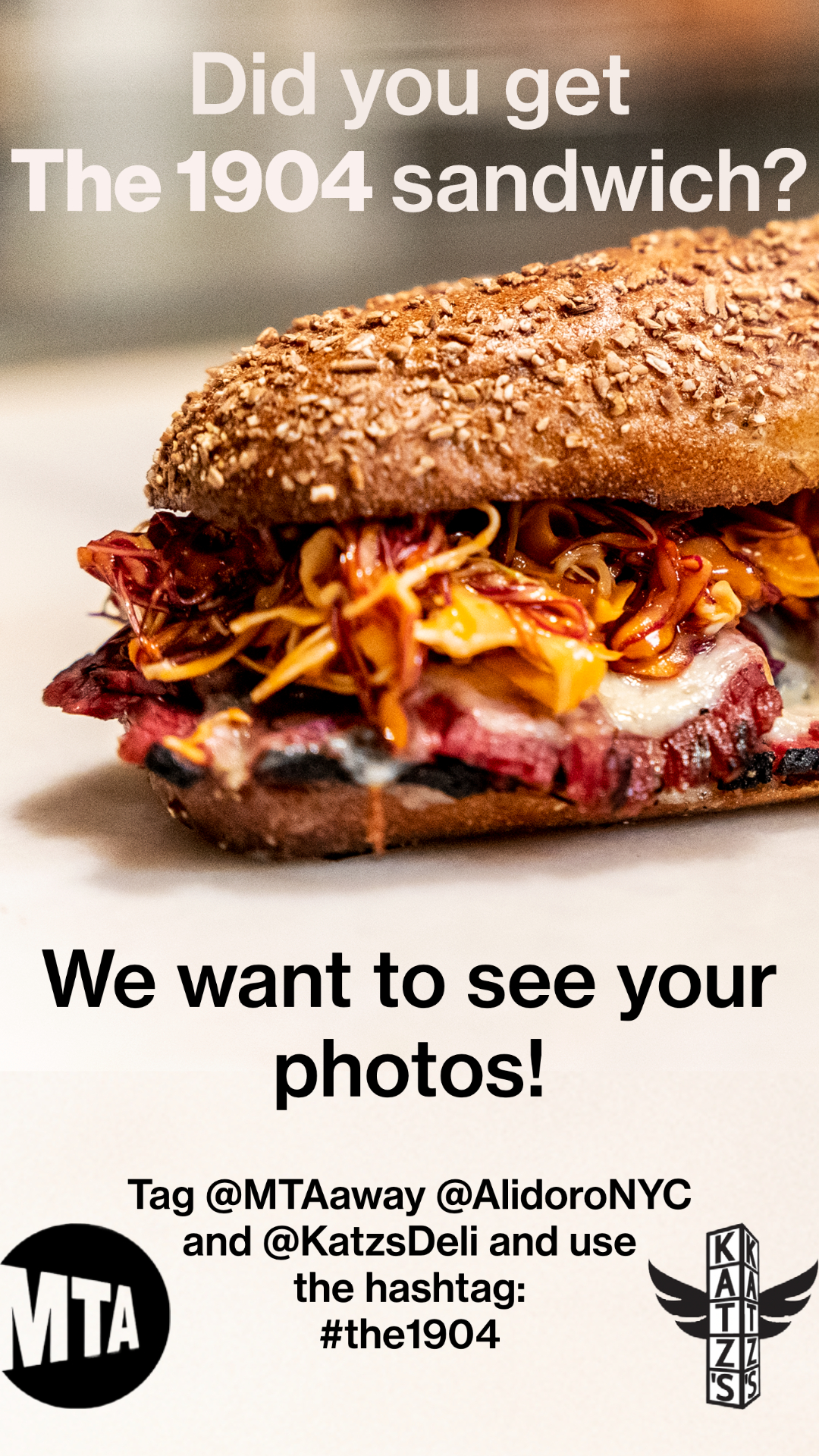