Guide to the Macy's Thanksgiving Day Parade and Balloon Inflation 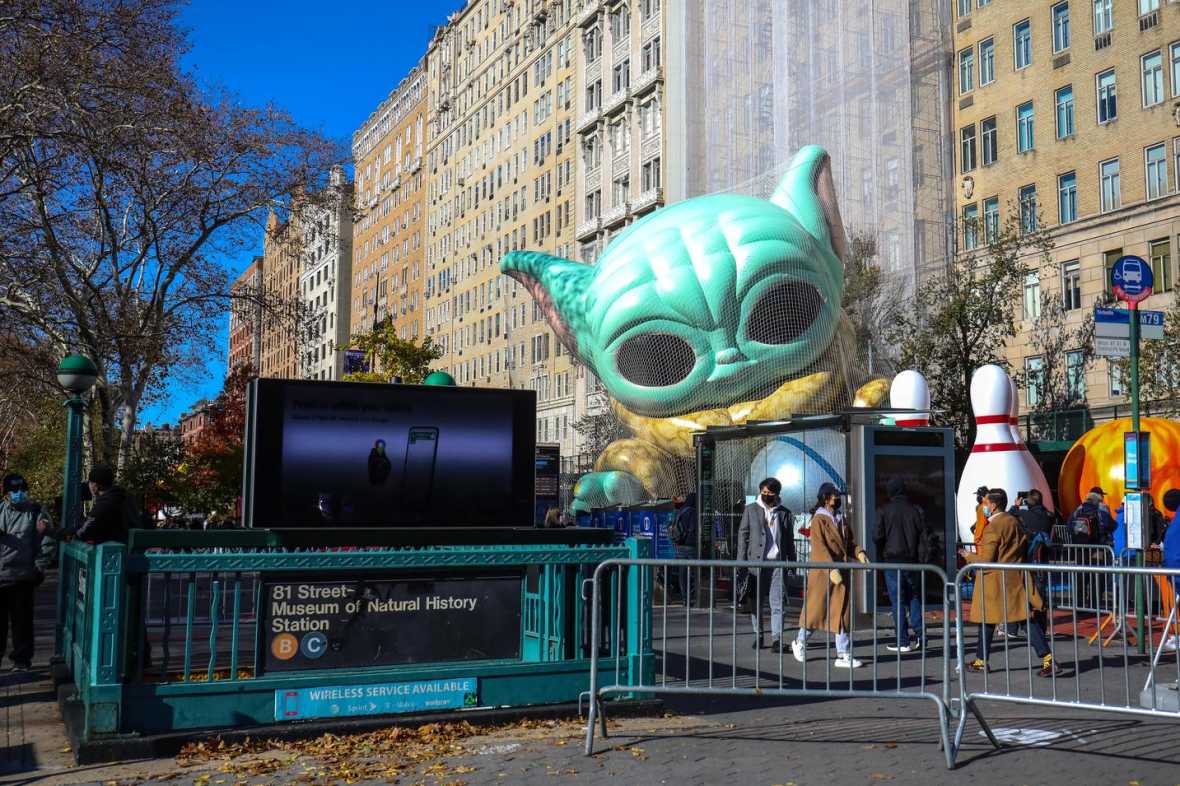 'Tis the season for Manhattan's streets to be filled with massive, inflatable characters! The 96th annual Macy's Thanksgiving Day Parade is just around the corner, and prior to the big day the department store will hold what's become another beloved tradition: the balloon inflation.

The inflation event takes place Wednesday, November 23rd, in the streets around the American Museum of Natural History on the Upper West Side, and the public is welcome to watch between noon and 6 p.m. The public entrance is at 72nd Street and Columbus Avenue (where there will be a security screening), and a new feature is, after viewing the balloon inflation, spectators can see floats being assembled along Central Park West between 81st and 86th Streets.

Note: The balloon inflation has become so beloved that in recent years it has become a crowded event, so you'll want to get there early to carve out a spot where you can see the action.

72nd Street and Columbus Avenue is a block or two within multiple subway and bus lines.

The three-hour-long parade itself will kick off at 9 a.m. on Thanksgiving morning, and joining the fun this year will be marching bands from all over the country, plenty of performers, Santa Claus, and of course, the floating stars of the show, this year's giant balloons.

Macy's has provided the details for what's in store:

This year five new floats will debut in the Turkey Day celebration. The floating wonders along with their scheduled performers include Baby Shark by Pinkfong and Nickelodeon (Ziggy Marley); Geoffrey’s Dazzling Dance Party by Toys“R”Us (Jordin Sparks); People of First Light by Macy’s; Supersized Slumber by Netflix (Ballet Hispánico); and The Wondership by Wonder (Cam).

Below, find this year's parade route.

Parade can be viewed within walking distance of many subway stations

History notes: The very first Macy's Thanksgiving Day Parade took place on November 27th, 1924, the year that the store's Herald Square location became the largest store in the world, following the completion of its 7th Avenue addition. The parade was to celebrate and showcase the "world's largest store," while getting people in the Christmas spirit (it was looking forward to the December holiday that first year, and did not have a Thanksgiving focus). 10,000 people showed up to that first parade; these days, that number is in the millions.