Celebrate the NYC Subway As It Turns 118 Years Old 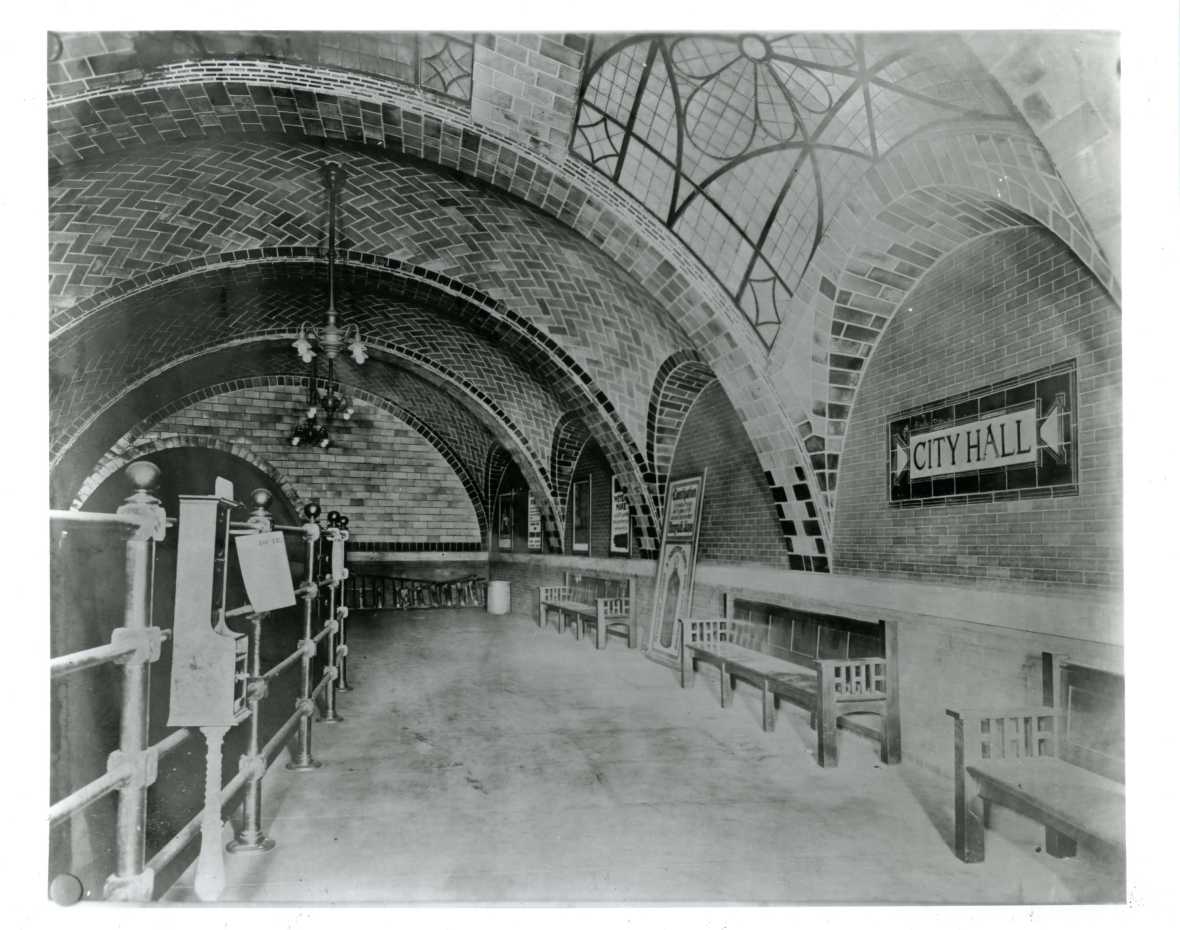 New York City's subway system turns another year older on October 27th, and to celebrate its 118 years of service the New York Transit Museum has announced "unprecedented digital access" to its collections, as well as a virtual tour of the old City Hall Station.

The iconic station, which is listed on the National Register of Historic Places, remains under City Hall Park but has been decommissioned since 1945 (it is, however, still used as a turning loop for the 6 train). It was one of the first 28 stations to open in 1904, with a route that brought riders from City Hall to 145th Street — it was touted as being just 15 minutes long (“City Hall to Harlem in 15 minutes!").

To experience City Hall station, the Transit Museum will host an online tour at 6 p.m. on October 27th, which will dig into the creation of the Interborough Rapid Transit (IRT), early subway construction, the City Beautiful movement, and a "storied history of the famous Old City Hall Station." Tickets are available here.

The museum has also digitized more of its collection, which offers a sweeping and detailed view of the subway system from its inception and onward. Their new interactive collections database will allow access to over 14,000 images — that includes 11,276 photographs, 2,987 archival materials (including maps, journals, subway posters, and advertisements), and 165 objects (with more to come).

"118 years ago, more than 100,000 New Yorkers congregated around 28 corners in Manhattan, descended the stairs, and boarded the IRT’s electrified trains,” said New York Transit Museum Director Concetta Bencivenga. “The subway catalyzed the development of New York, and it continues to make New York what it is today. Whether you live here or you’re visiting, the city you experience was brought to you by the subway."

Below, catch a glimpse of the subway's first, jubilant day, when August Belmont Jr. — the president of the IRT, which was privately owned then — celebrated in his own private car featuring Tiffany glass panels (and so much more).

Early passengers paid just a nickel in fare (the first fare hike wasn't until 1948 when it went up to 10 cents), and since 1904, there have only been a few ways to pay for the subway. At first, there was a paper ticket, then came the dime-dropping era in the 1940s, tokens followed, then the MetroCard, and now, a new era has begun with OMNY!

The city's subway system has grown substantially since its opening day in 1904, to what is now the largest 24-hour operating subway in the world. Today there are 472 stations, over 800 track miles, and over 6,000 subway cars.

To learn more about the vast system that connects New Yorkers to New York City, visit the Transit Museum, and consider becoming a member.