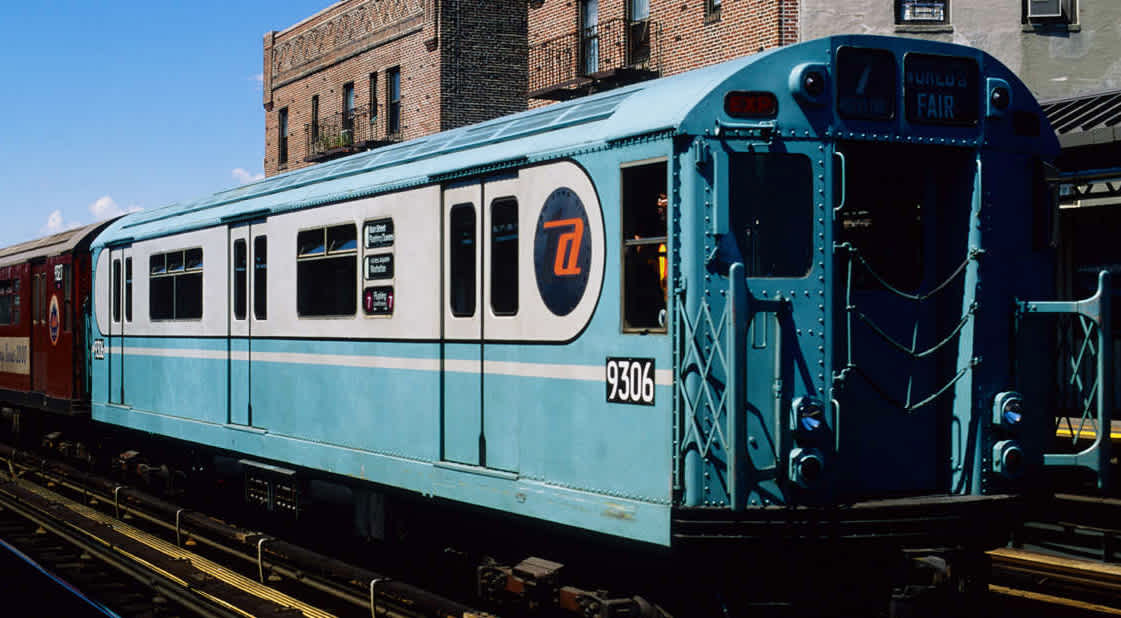 The New York Transit Museum has announced its tradition of bringing vintage train cars into regular service will return for the holiday season after a two-year hiatus. Every Sunday between Thanksgiving and Christmas, you'll have the chance to board a Holiday Nostalgia Train.

This year the museum's Train of Many Colors will hit the tracks on Sunday, November 27th, December 4th, 11th and 18th, and will operate along the 1 line, making all local stops between the Chambers St and 137th St – City College St stations. Look out for it between the hours of 10 a.m. and 5:30 p.m. on those dates. You can ride just like you would any other train, with a simple MetroCard swipe or OMNY tap.

The Train of Many Colors is aptly named as it has seen many coats of paint. Per the museum, it "includes a selection of cars manufactured in the 1960s: the R-33, R-33WF and R-36 cars. With 'Tartar Red' and 'Gunn Red' redbirds, 'Kale Green' Green Machines, blue-and-silver 'Platinum Mist' and the striking two-tone robin’s egg blue and cream Bluebird paint schemes."

The Bluebird was given its color to match the World's Fair color scheme, and served the 1964-65 World's Fair in Queens. It's also on our Subway Bingo card, so now you'll be able to spot it outside of the museum, and on the tracks!

You can find all the details at the Transit Museum's website, and below.

The Holiday Nostalgia Train will travel along a new route this year! Vintage train rides will depart from the Chambers St and 137th St-City College stations, making all express stops (along with a stop at Columbus Circle) on the 1 line from 10 a.m. to 5:30 p.m.

If you catch a ride on the train, be sure to tag @MTAaway on Instagram in your photos!