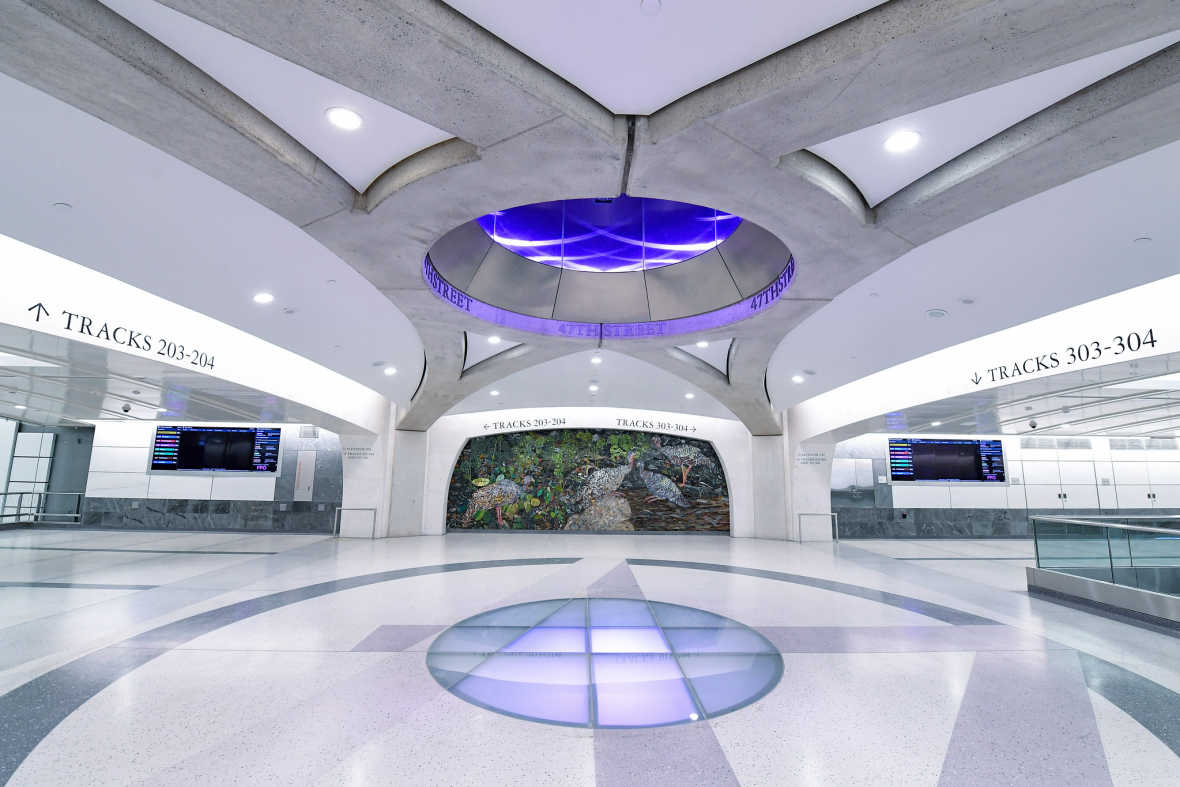 It was built to connect the iconic transit hub to the Long Island Rail Road, which previously only went to Penn Station, and gives Long Island commuters direct access to Manhattan’s east side.

Grand Central Madison is the largest passenger rail terminal to be built in the country in 67 years, and one of the largest transportation infrastructure projects in the U.S. in decades. The first train to arrive in the new station will roll in on Wednesday, January 25th, at 11:07 a.m.

SCHEDULES & FARES: WHAT YOU NEED TO KNOW RIGHT NOW

For the first few weeks in operation, the LIRR will offer limited shuttle service between Jamaica and Grand Central Madison — nicknamed "Grand Central Direct" — so customers can acquaint themselves with the new terminal as existing schedules continue. This will be followed by LIRR initiating full service from Long Island to Grand Central, per schedules that will be posted on new.mta.info/GrandCentralMadison and in the TrainTime app.

Prior to opening, the MTA conducted wayfinding exercises to help with navigating the new space, where you’ll find two-level caverns, which support four platforms and eight tracks.

To reach Grand Central Madison, you can go to Grand Central Terminal's dining concourse, where there are stairs and escalators leading down to the new station; there are also street-level entrances, and other points of entry within GCT, as well as elevators. (Enlarge the below map here for more specifics.)

Grand Central Madison will also feature retail shops and food vendors, which will be announced later in 2023.

STOP TO ENJOY THE ARTWORK

Don't forget to carve out some time to explore the artwork featured on the walls and screens as you make your way to and from your train.  MTA Arts + Design commissioned artists Yayoi Kusama and Kiki Smith to design the mosaics around the terminal, and the results are striking.

Smith’s River Light, a nearly 800-square-foot mosaic inspired by the way sunlight glints on the surface of the East River (the threshold between Manhattan and Long Island) can be seen upon entering the terminus. There are four mosaic murals located in arched node walls throughout the Mezzanine level, titled The Water’s Way, The Presence, The Spring, and The Sound.

Kusama’s A Message of Love, Directly from My Heart unto the Universe (2022), is located on the Madison Concourse between 46 and 47 Streets. The new artwork is an exploration of lines and forms, detailed with bold colors, and highlights messages of Peace, Love, Universe, and Owe To All Mankind.

“Yayoi Kusama and Kiki Smith are quintessential artists for the new Grand Central Madison terminal,” said Sandra Bloodworth, Director, MTA Arts & Design. ”Both artists have created works in their own notable styles that celebrate this greatly anticipated public space. The mosaics are certain to become a destination in their own right, a ‘not-to-be-missed’ on everyone’s list!”

Arts + Design partnered with the International Center of Photography (ICP), as well, to present contemporary photography in lightboxes located on the concourse level at 43rd Street.

There will also be artwork from Long Island students, who submitted pieces to be featured on the terminal’s screens. These pieces reflect the terminal’s new connection to Long Island, and you’ll be able to find them on station screens on the northern end of the concourse, between 47th and 48th Streets.

And lastly, you'll want to keep an eye out from quotes on the walls from notable New Yorkers!

Stay tuned as more features open in Grand Central Madison, we'll be updating this guide as vendors open. And if you're new to commuting through Grand Central, check out our guides to GCT: